Underinsured Motorist Insurance:  One of the Most Important Insurances to Protect You and Your Family

Did you know that about 95% of insured drivers in West Virginia carry the least amount of auto insurance required by law?  An insurance adjuster from Progressive recently confirmed this when we 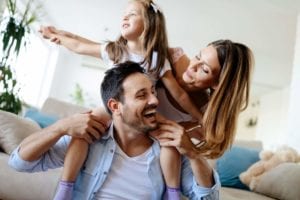 asked him for information about the negligent driver he represented. The worst part about this statistic is West Virginia law only requires drivers to maintain 25/50 liability coverage for bodily injury. This means $25,000 of coverage per individual (one crash, one injury), and $50,000 of coverage per accident (one crash, two or more injuries).

What does that mean for you as a West Virginia driver?  It could spell financial disaster if you are seriously injured by a negligent driver who only has minimum car insurance.  For example, if you are involved in a motor vehicle crash caused by another who only has the minimum 25/50 coverage, and your medical bills, lost wages, and other losses exceed $25,000, then you could be left thousands of dollars in unpaid bills and lost wages. In fact, serious injuries can sometimes require medical treatment that costs hundreds of thousands of dollars or more.

For example, Joan bought $250,000 in liability coverage and $250,000 in underinsured motorist coverage.  William bought only the minimum $25,000 liability coverage. While distracted on his cell phone, William crashes into Joan’s car, causing her $275,000 in damages, including past and future medical bills totaling $200,000, and additional losses related to pain, suffering and lost wages.

Underinsurance can also protect your family in the event you are killed by a negligent driver. Unfortunately, we have seen wrongful death cases where someone who doesn’t have underinsurance is killed by an underinsured negligent driver. When that happens, the deceased’s family has to suffer two catastrophic losses: 1) the loss of their loved one and 2) financial ruin. The first loss is unavoidable, but the second one can protect your family from the second loss by maintaining sufficient underinsurance motorist coverage.

Call Your Insurance Agent or Check Your Declarations Page: Next Steps to Protecting Your Family From Underinsured Drivers

If you’re able to confirm you already have underinsurance motorist coverage, carefully consider if you have enough based on your circumstances. Also, consider the fact that virtually everyone will be in an automobile accident at least one time in their life. If you don’t have underinsurance, we strongly suggest you purchase it as soon as possible. We have seen countless circumstances where someone was injured by an underinsured driver and the injured person didn’t have underinsurance or not enough to cover their losses. This almost always results in serious financial hardship.

A recent report from the Insurance Research Council found that one in eight drivers in the United States are uninsured.  In West Virginia specifically, 10% or about one in ten drivers are uninsured. With those numbers it is understandable why drivers are required to carry uninsured motorist coverage.

Thus, it’s equally important to maintain sufficient Uninsurance Motorist Coverage since almost 10% of drivers in West Virginia are driving illegally without any insurance at all (check statistics).

If you or a loved one has been injured in an accident, at work, in a slip and fall, or by medical malpractice, we invite you to call us for a confidential Free Case Evaluation. At West Law Firm, our attorneys have decades of combined experience litigating for and against insurance companies; so we know what it takes to get you full and fair compensation. We are also equally committed to providing each client excellent, caring service — the kind of service we would want for our family should they ever need a lawyer. Call our toll free number today at 1-877-943-9378 (WEST).