WV Underinsurance Motorist Coverage: What it is and How it Protects

One of the saddest situations we frequently see at West Law Firm is where someone is seriously injured by a negligent driver who only has $25,000 in car insurance — the minimum required by 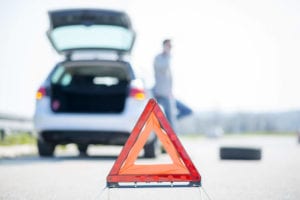 Below is a real life example that illustrates how dangerous not having underinsurance motorist coverage is (some facts have been changed to protect confidentiality).

Mary, a mother of three small children, was driving to work on a West Virginia highway when a negligent driver lost control of his vehicle and caused a multi car wreck. Mary swerved to miss the mass of entangled but lost control and crashed into a concrete median. EMS had to use the jaws of life to extract Mary from her vehicle. Unfortunately, Mary died several hours later at the hospital after accruing over $125,000 in medical bills.

The driver who caused the crash only had $25,000 worth of liability car insurance. The negligent driver lived paycheck to paycheck and had no assets or cash to help pay the portion of Mary’s losses that exceeded $25,000, which was millions of dollars. Mary had no West Virginia underinsurance motorist coverage.

If Mary would have decided to purchase, for example, $250,000 in underinsurance motorist coverage, then her children would have been entitled to most, if not all, of the $250,000 through a wrongful death claim. That money could have made a big impact on Mary’s children’s’ lives, including paying for their college.

How Much West Virginia Undersinsurance (and Uninsurance Motorist Coverage) do You Need?

With that said, automobile crashes happen every day in West Virginia, and when someone is permanently injured in an accident, their damages over the course of their lifetime may add up to millions of dollars. So, we can’t make a specific recommendation as to how much you should purchase. We do, however, recommend you buy as much as you can within the confines of your budget. As stated above, we also strongly urge you to consider having a serious conversation with your car insurance agent about underinsurance and uninsurance motorist coverage. Your insurance agent can advise you if you have underinsurance and how much it would cost to get more. If the cost seems too high, you may want to consider getting a quote from a different car insurance company.

The above is actually a simplified example of just some of the issues that a person may face after sustaining injuries in a West Virginia automobile accident. Car crash claims frequently involve many other issues like identifying and proving future losses. Also, there is sometimes a dispute as to who is at fault for the crash, which is another reason it’s important to have an experienced personal injury lawyer by your side.

At West Law Firm, we have decades of combined experience handling West Virginia automobile accidents and other personal injury claims, and we invite you to call us for a Free Consultation. Our toll free number is 1-877-943-9378 (WEST). If you can’t come to us, we will send a West Virginia personal injury lawyer to you.