About 3 million people sustain a traumatic brain injury (TBI) every year in the United States. Around 75% of these injuries are classified as a mild TBI, also called a concussion. 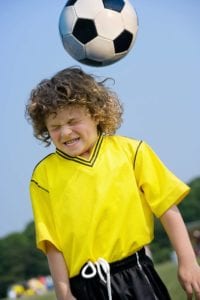 Mild TBI is sometimes called a “silent epidemic” because many sufferers don’t have visible signs of injury yet some will develop disabling cognitive, psychological, emotional, and or behavioral impairments. These “invisible” injuries are often misdiagnosed or not diagnosed at all.

Also, emerging research discussed below suggests that a mild TBI can increase a person’s chance of developing dementia. Fortunately, recent developments in medicine make it easier to diagnose and treat mild TBI. Also, as discussed below, we now know steps that can help prevent future problems associated with brain injuries.

What Is a Mild Traumatic Brain Injury, Also Known as a Concussion?

The American Congress of Rehabilitation Medicine (ACRM) states that a person has suffered a mild TBI if they have sustained a trauma that disrupts brain function, as manifested by one or more of the following:

However, if the injury causes loss of consciousness greater than 30 minutes, an initial Glasgow Comas Scale of 13-15, 30 minutes after injury, or post-traumatic amnesia (PTA) greater than 24 hours, then the injury is considered a more severe form of traumatic brain injury.

According to the ACRM, the kinds of trauma that can cause a mild TBI include:

Moreover, there has been a growing understanding that mild and repeated TBIs are related to a neurodegenerative disease called chronic traumatic encephalopathy (CTE).  Recent studies of professional athletes in contact sports, including football, boxing and ice hockey, have shown the existence of the disease, as well as studies of military veterans exposed to repeated TBIs.

Just this month, the Journal of the American Medical Association (“JAMA”) published a study that specifically looked at the association of mild TBI with dementia in U.S. military veterans. Prior studies have linked moderate and severe traumatic brain injuries with an increased risk of dementia. This study was designed to see if there is also an association between mild TBI and dementia. A previous study also found that people who experience even a mild brain injury are at an increased risk of developing dementia.

What Were the Conclusions From the Mild TBI and Dementia Study?

The study found that veterans who suffered mild TBIs were twice as likely to suffer from dementia compared to those who did not sustain a mild TBI. The result of the recent study is consistent with prior studies that concluded that moderate to severe TBIs are also associated with a higher risk of dementia in later life.

How to Prevent Dementia?

Whether you have suffered a mild TBI or not, there are several things you can do to help prevent dementia. A recent article published by Harvard Medical School explains how a healthy lifestyle can make a difference in avoiding the most common form of dementia, Alzheimer’s disease.  Early symptoms of Alzheimer’s disease include frequent memory loss, confusion about location, moderate difficulty in accomplishing routine tasks, and mood and personality changes.

Some healthy habits that can help you avoid dementia, including Alzheimer’s are:

There is also evidence that the following may also help prevent Alzheimer’s and other forms of dementia:

The Journal of the American Medical Association study discussed above is a double-edged sword.  It is bad news that a person who sustained a mild TBI may have a greater risk of developing dementia later in life.  Yet, the good news is we now know that risk, and there are steps to help reduce it. In other words, the study can help a mild TBI sufferer identify risks they face and what they can do to minimize those risks.

Because brain injuries can have lingering effects and make it more likely that a person develop dementia later on, accurately identifying if and when you or a loved one has suffered a brain injury is critical. So, the first step in protecting yourself and loved ones from the effects of a mild TBI is learning more about the condition and its symptoms.

As we discussed in our previous article about mild traumatic brain injuries, some common symptoms of mild TBI may include some or more of the following:

If you or a loved one has suffered a brain injury or been wrongfully injured in a car accident, commercial trucking accident, at work, or by negligence, we invite you to call West Law Firm for a Free Consultation. Our toll free number is 1-877-943-9378 (WEST), and there’s never a fee unless you recover compensation.