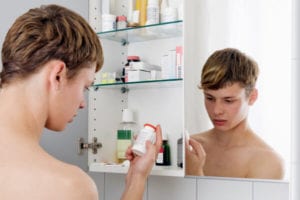 painkillers and was sentenced to four years in prison.  According to federal prosecutors, Judy’s Drug Store filled many of the illegal prescriptions Masih wrote.

Related to those claims against Judy’s Drug Store, the Grant County pharmacy and four of its employees have paid $2 million to settle allegations that they improperly filled prescriptions for narcotic painkillers,  said federal prosecutors.

Emily Judy, the store’s president, declined to comment on the settlement.

When medical professionals fail to honor their oath: “Do no harm to patients”, all of society suffers.  Thousands of lives are lost or ruined each year as a result of prescription drug abuse.  Medical professionals are supposed to be part of the solution not part of the problem.  There are many good doctors out there, but it’s important to remember some may be dangerous like former physician John Pelligrini.

If you or a loved one has been injured or the victim of a wrongful death because of a doctor’s, pharmacist’s or other medical professional’s misconduct, we invite you to call West Law Firm for a free consultation.  Our toll free number is 1-877-943-WEST (1-877-943-9378).