WV Intermediate Court: How to Stop WV Lawmakers from Spending Taxpayer Money to Expand the Government 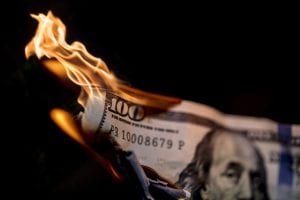 CHARLESTON, WV — If you had $10 million to spend in 2020 to help West Virginia, what would you do with it? Fix the roads, deal with the opioid crisis, or perhaps provide job training for workers? Or how about improving our schools and broadband access? There are many ways to improve our great state if we just had enough money.

To help stop lawmakers from wasting taxpayer money with an intermediate court we don’t need, click here for an easy to use form that will send an email to West Virginia delegates and senators letting them know you oppose spending millions on another layer of courts.

What is an Intermediate Court of Appeals?

The bottom line is the purpose and function of an intermediate court would be to delay the resolution of some civil claims 18-24 months!

Who Would Benefit the Most from an Intermediate Court?

4. The lobbyists who represent the out-of-state insurance companies and other special interests

5. The conservative lawmakers who receive money from the above groups in the form of election campaign support

An intermediate court would benefit the five groups above the most because it would delay, by 18 to 24 months, many civil claims such as those involving victims of drunk driving, nursing home abuse, and negligence. Since out-of-state insurance companies are ultimately responsible for paying most settlements and verdicts, they stand to benefit most.

Steve Canterbury, a former administrator of the WV Supreme Court of Appeals perhaps says it best, “they want certain types of appeals to take longer, namely those involving insurance and corporate cases…The longer it takes for a case to reach a final judgment or settlement, the better the chances are that the aggrieved or injured person will settle for a few cents on the dollar.”

“…It’s also good news for their [insurance defense] lawyers who bill by the hour. The longer a case is tied up in the court, the more billable hours result for those kinds of insurance defense attorneys.”

Who Would be Harmed the Most by an Intermediate Court?

1. You as a West Virginia taxpayer because an intermediate court would waste MILLIONS in Tax Dollars

2. You personally — because an intermediate court would limit your constitutional rights

You have a 7th Amendment Constitutional right to a jury trial, which helps protect your property rights, property, and livelihood. An intermediate court would interfere with your right to a jury trial because it would delay the finality of such a trial by up to 18-24 months. In other words, if you get injured by a drunk driver and a jury awards you damages, an intermediate court would allow the drunk driver (and their insurance company) to delay paying the verdict by 18-24 months.

That’s because an intermediate court would allow the drunk driver two appeals instead of the one already guaranteed to him or her. This delay would only serve to increase the corporate profits of the out-of-state insurance company, the lawyers who represent it, and the lawmakers whose campaigns are financially supported by the insurance companies. At the same time, this delay may cause you and your family grave hardship, especially if the drunk driving crash caused you permanent injury preventing you from working.

West Virginia has one of the lowest populations in the country and its decreasing, which also means declining tax revenue and budget cuts. Appeals have also decreased by 70% in the past 20 years. So, if we have fewer people, fewer appeals, and less money, why should we spend millions of dollars to add a whole new layer of government to our judicial system?

The easiest way to let lawmakers know you don’t want to spend more taxpayer money on expanding the government and limiting your constitutional rights is to click this link which will take you to an easy to use form that will send an email to West Virginia state senators and delegates letting them know you oppose spending millions of taxpayer dollars on an intermediate court.