Made in China — Synthetic Drugs: Deadly Ingredients with Innocent Names

Although synthetic drugs often have innocuous sounding names such as spice, bath salts, potpourri and herbal incense, their effects on users is often anything but harmless.  They have another thing in common too. Most of them are made in China. 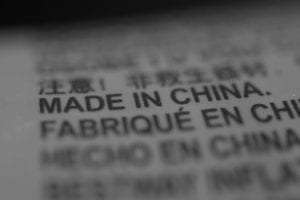 According to the White House, synthetic cannabinoids, which are also known as “synthetic marijuana,” “K2,” or “Spice”, are often sold in many legal retail outlets where they masquerade as “herbal incense” or “potpourri”, while synthetic cathinones are often sold as “bath salts” or “jewelry cleaner”.

Synthetic drugs are labeled “not for human consumption” to mask their intended purpose and circumvent Food and Drug Administration (FDA) regulatory oversight of the manufacturing process.

These drugs are a relatively new phenomenon. They started arriving in the United States in significant numbers in 2009, and have become increasingly popular with young people since then.

Synthetic drugs laced on plant material were first reported in the U.S. in December 2008, when a shipment of “Spice” was seized and analyzed by U.S. Customs and Border Protection (CBP) in Dayton, Ohio.

One aspect of these drugs that alarms me as a West Virginia personal injury lawyer is how little is known about their ingredients.  Additionally, it’s impossible to know all the ingredients that go into these synthetic drug mixtures.  The fact that these unknown ingredients come from China is even more alarming.

“Manufacturers play a dangerous cat-and-mouse game with law enforcement by constantly changing the chemical compounds of the drugs to circumvent existing laws,” stated CNN in a recent article about synthetic drugs.

A CNN investigator spoke to John Scherbenske, a Drug Enforcement Administration official who oversees its Synthetic Drugs and Chemicals section.

He told the channel most of the chemicals that are used to make these synthetic drugs are coming to the USA directly from China.

“They ship the bulk product here in the United States, where we have individuals that will take that product and package it for retail distribution,” he said.

A recent article in Time magazine revealed these drugs come mostly from “suburban laboratories around Chinese port cities … from where they can be easily shipped to Europe or North America using regular international courier services.”

The DEA is talking directly to China about the problem. It’s a fast moving area in which the drug manufacturers seek to stay one step ahead of the regulators. Large quantities of synthetic drugs are sold on the Internet as “research chemicals.”

The effects of synthetic drugs are hard to pin down because manufacturers are constantly tweaking their chemical structure in hopes of evading the law. This makes them even more dangerous because the active ingredient often hasn’t even been “tested” by consumers for any length of time, let alone valid drug studies.  However, many of the synthetic drugs cause the following:

CNN reported on the case of Emily Bauer who went from being a normal 16-year-old to almost dying after using synthetic marijuana packaged as “potpourri” that she bought at a gas station. Her family believes the drug caused her to have a series of strokes, which have limited her physical and mental abilities.

At least 43 states have now taken action to ban at least one of these drugs, the White House states. West Virginia brought in a ban in 2012. Herald-Dispatch reported it appears to have been partially effective.  In 2012, there were 43 overdoses from bath salts in West Virginia, compared to 250 the year before, according to Dr. Elizabeth Scharman, director of the West Virginia Poison Control Center.

If you or a loved one has been harmed by a synthetic drug or any kind of drug, contacting a West Virginia injury lawyer can help you understand your rights and options.  At West Law Firm, we offer free consultations to the wrongfully injured.