Best WV Hospitals in 2017, According to U.S. News & Google Reviews

Best Hospital in West Virginia, According to U.S. News 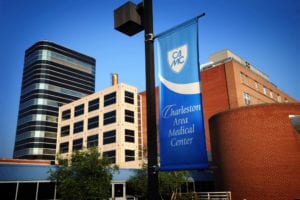 CAMC performed nearly at the level of nationally ranked hospitals in 6 adult specialties, including those listed below, said U.S. News. CAMC scored high in patient safety, demonstrating commitment to reducing accidents and medical mistakes. CAMC is also a teaching hospital accredited by the Commission on Accreditation of Rehabilitation Facilities.

Top Four Hospitals in West Virginia, According to U.S. News

West Virginia has close to 70 hospitals. Only the four below meet the high U.S. News standards: 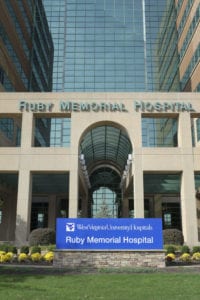 U.S. News analyzed nearly 5,000 medical centers for its Best Hospitals rankings. The rankings are based on a variety of factors including patient safety and nurse staffing. U.S. News ranks Hospitals nationally in specialties and regionally in states and major metro areas.

However, just because a hospital did not make U.S. News’ top rankings, doesn’t mean you won’t get good medical care there, according to U.S. News. Also, these are overall rankings. Some hospitals might be better for one specialty compared to another hospital with a higher overall rating. This is especially important to consider if you are seeking medical treatment for a condition that requires a specialist.

The U.S. News rating system is just one factor to consider and is designed especially to help guide patients whose care poses a challenge because their surgery or other treatment may be especially complex, or because their risk may be heightened due to advanced age, physical infirmity, or an existing medical condition.” Although high risk patients only account for 2 to 3 percent of all hospital patients, that still adds up to millions of individuals each year.

Another factor you may want to consider when evaluating a hospital in your area are Google Reviews from past or existing patients. Such reviews may or may not be helpful though because they are not based on any systematic evaluation system. Also, many patients don’t take the time to review hospitals unless they are really unhappy or really satisfied with the treatment they received.

That said, if you read the reviews closely, you may find some helpful information when evaluation different hospitals in your area. Here’s what Google Reviews had to say about hospitals in Huntington, Charleston, and Morgantown, West Virginia.

Overall, CAMC has the highest google rating in Charleston, which is consistent with U.S. News. At the time of this article, CAMC Women and Children’s Hospital has the highest rating with an average 4.3 star rating out of 21 reviews. CAMC Breast Center has a 5 star average rating but only 2 patients have left reviews. Making a decision based on reviews is harder when there are not many reviews to consider.

CAMC Memorial received a slightly higher average rating of 3.6 stars compared to than CAMC General’s 3.4 stars, but the difference may be negligible.

Saint Francis Hospital received a 3.2 star average rating out of 20 reviews. Thomas Memorial Hospital earned the lowest Google rating with a 2.3 out of 5 star average rating, according to 50 reviews. That said, Thomas did receive 5 star reviews from some patients. So, some patients are apparently happy with the medical treatment they received at Thomas.

St. Mary’s Medical Center has the highest google rating in Huntington, which is what U.S. News says too. Thirty-four Patients have given St. Mary’s an average of 3.8 out of 5 star reviews. Fifty-seven patients have rated Cabell Hutington Hospital: Emergency Room with a 3.2 average star rating.

Google Reviews and U.S. News Best Hospital Rankings seem to agree with what the best hospitals are in Charleston and Huntington, West Virginia. However, Mon General beats out Ruby Memorial on Google Reviews with a 4 out of 5 star average rating compared to Ruby Memorial’s 3.4 out of 5 star average rating. On the other hand, Ruby Memorial has four times more reviews than Mon General, which makes it difficult to compare the two. Also, different hospitals have different specialties and may be higher rated for different specialities. So, again, these reviews are just one factor to consider among many when deciding which hospital is best for you.

Ask for Your Doctor

One of the most powerful questions I like to ask doctors for myself and family is something like, “What would you do doctor?” Or in this case, “Doctor, which hospital would you choose if you were in my situation?” Sometimes we don’t have many choices when it comes to choosing a hospital, but it never hurts to ask your doctor for their honest opinion.

We hope this article helps you get the medical care you need and deserve. However, if you suspect you or a loved one has been injured or died as a result of medical negligence, we invite you to call one of our experienced medical malpractice lawyers for a Free and Confidential Consultation.  Our toll free number is 1-877-943-9378 (WEST).

There’s also No Fee unless you recover financial compensation. West Law Firm is located in Charleston, West Virginia, and our injury lawyers serve clients throughout the state and country.