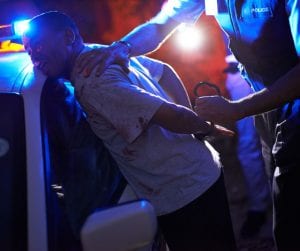 A Logan County Police officer, who has been at the center of 3 excessive force cases over the past three years, was recently found innocent in one of the ongoing lawsuits. A federal jury on July 31st found that the officer did not use excessive force and was not liable for any damages Frank Morgan may have sustained as a result of being arrested and/or detained. Do you agree with the Jury’s decision?

What is Excessive Force?

Excessive force is when a police officer uses force that is greater than what the officer reasonably believes is necessary. Generally, law enforcement officers can use force when attempting to defend themselves, another individual or group, or if necessary to make an arrest. One of the most important questions a jury or judge must answer when deciding this type of case is whether the officer did what a reasonable person with the officer’s knowledge would have deemed necessary under the circumstances.

It is important to remember that the issue of excessive force does not just relate to individual law enforcement officers. The policies, procedures, and culture of sheriff’s departments, state police entities, and local police forces are often at the root of excessive force issues and lawsuits. To learn more about what excessive force looks like first-hand watch this video of five North Carolina detention officers restraining inmate, John Neville. The excessive force in the case of John Neville is believed to be what led to his death just two days after the incident.

What Happened on the Night Morgan was Injured in Logan, WV?

Events at the Scene

Once outside the car, the officers began to place Morgan under arrest and that is when became ugly. The officers instructed Morgan to get on the ground, but he refused because of his hernia. Which he claims he tried to explain to the officers. After repeatedly telling the officers no they proceeded to hit Morgan with batons and pepper spray him until another officer arrived at the scene and tackled Morgan against a cement wall.

After detaining Morgan and the officer’s ex-wife the officers took them back to Logan City Hall. Morgan was taken into a separate room where he was shortly joined by the officer in question. At this point, Morgan said, the officer proceeded to hit him at least four times with the metal pole: once on his head, once on an elbow and twice on his back as he was lying on the ground. Morgan claims the officer also picked up the rolling computer chair and threw it at him. While the officer claims this is not what transpired whatever did occur left Morgan with serious injuries.

Testimony From a Medical Expert

The doctor in his testimony during the case said,” “I was told — it was arrest and resisting arrest. He was combative … that’s all I was told”. Even then, the doctor said that it was “hard to believe” the injuries he examined on Morgan could have come from a fall alone. Morgan’s injuries included a broken arm and dozens of cuts and bruises across his body. One of the gashes in the back of his head required seven staples to treat.

The federal jury’s deliberation on this trail went for three days before making a decision. Ultimately they found:

Do You Have an Excessive Force or Police Brutality Case?

Claims involving police brutality are extremely complex and require a lot of time and resources. Since police officers are generally allowed to use whatever force is necessary to make an arrest, defend themselves, or others it can be difficult to prove an officer breached their duty. For that reason having an experienced injury lawyer is crucial.

When a lawyer is considering whether or not to take a police brutality or excessive force case some of the issues they will typically look for include the following:

What Compensation Is Available for West Virginia Excessive Force Cases?

The physical and mental injuries you may sustain as a victim of police brutality can be life-changing. An experienced attorney should thoroughly investigate your case and fight to get you the compensation you deserve, if he or she decides to take your case. Some types of compensation you could receive include compensation for:

We here at the West Law Firm truly appreciate the work of law enforcement officers. We understand how difficult the job is, and we want to thank each person who performs this work. However, we also realize that there may be a few law enforcement officers and departments that sometimes make decisions that cause serious harm, injury, or death to others. If you or a loved one become a victim of police brutality, West Law Firm is here to help.

West Law Firm is located in Charleston, West Virginia, but we represent clients across the country. If it’s more convenient for you, we will send one of our injury lawyers to you.