Study Shows Workplace Injuries Contribute to the Increase in Suicide & Overdose Deaths: What Can Be Done?

Drug overdoses and suicides have been rising since 2000 and are major contributors to a recent decline in West Virginia’s life expectancy. The opioid crisis is a big part of the problem with a record 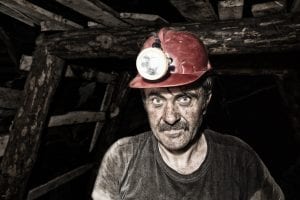 47,600 overdose deaths in 2017. Suicides have also increased by 30% from 1999. A recent study shows that there’s more to the problem than drug addiction alone.

In the study, “Suicide and drug‐related mortality following occupational injury,”  researchers found that workplace injury significantly raises a person’s risk of suicide and overdose death. Earlier studies have shown that injured workers have elevated rates of opioid use and depression. Indeed, depression is among the most well-documented health consequences of workplace injuries. However, no previous studies have measured increased deaths related to opioid use and depression among injured workers.

The study found that injured workers often receive powerful prescription pain medication, including opioids. In one study, 42% of workers with back injuries were prescribed opioids within a year after injury. Approximately 16% of those prescribed opioids continued taking them for four quarters, with doses increasing substantially over time.

Another factor that may be contributing to the rise in drug overdoses and suicides in injured workers is the fact that many workers support their families, and when they’re injured, they sometimes can’t do that anymore. This often causes injured workers to feel distressed about not being able to take care of their family like they once did.

What can West Virginia do to Help Injured Workers?

Studies like the one above are beginning to show a link between work injury, opioids, addiction, and suicide and will hopefully help guide the nation as it works to address the opioid crisis. The CDC has identified the following steps as important to substantially reducing workplace injuries:

Also, as individual West Virginians, we can contribute to the solution by talking about the risks and dangers injured workers face. Isolation is a leading cause of depression, suicide, and drug abuse. The workplace is also often a place of community for employees. When employees are injured in a workplace accident and can no longer work, they get cut off from a part of their community. And this often leads to isolation.

We hope that you and your loved ones have a safe workplace and remain free from injury. However, if you or a loved one is injured at work or in an accident, we invite you to call West Law Firm for a Free Case Evaluation. There’s also No Fees or costs of any kind unless and until we recover compensation for you. Our toll-free number is 1-877-943-9378 (WEST).