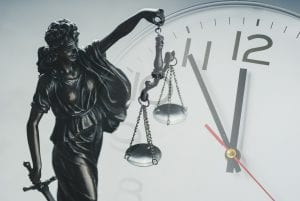 Fortunately, in 2020, West Virginia lawmakers amended WV Code § 55-2-15 and increased the amount of time such victims of sexual abuse have to file a civil lawsuit. Now, someone sexually abused or assaulted as a minor has up to 18 years after they turn 18 to file a claim or within 4 years of discovering they were sexually assaulted, whichever is longer.

So, for example, if a 14 year old was sexually abused by a member of the clergy, once the victim turns 18, they can file a claim within 18 years, or before they turn 37.

Sexual abuse causes victims trauma that can negatively affect them for a lifetime. Victims often experience post-traumatic stress disorder, depression, anxiety, and other difficulties. A civil claim can help compensate victims for the physical and psychological pain and difficulties they’ve endured and also holds wrongdoers financially accountable. Holding institutions financially accountable for negligence and other wrongdoing is one of the best ways to help protect others from future sexual abuse.

The West Virginia sexual abuse lawyers of West Law Firm has decades of combined experience helping wrongfully injured people, including sexual abuse victims. For example, we helped hold the Hope Clinic and Dr. Pellegrini financially accountable for sexually abusing patients. Also, one of the qualities that clients frequently mention in reviews of West Law Firm is the caring and attentive service our personal injury lawyers provide them, and such client service is particularly important in claims involving sexual abuse. For a free, confidential case review, we invite you to call us toll free at 1-877-943-9378 (WEST).

What is Child Sexual Abuse Under West Virginia Law?

What if You Were Sexually Abused as a Minor but are Now 37 Years or Older?

If you or a loved one suffered sexual abuse at a summer camp, church, youth program, school, religious organization or other institution, we may be able to help you recover compensation for the pain and physical and psychological difficulties such abuse has caused you. We have the experience, skill, resources, and sensitivity to effectively handle your case. Contact us today for a free, confidential case evaluation to learn more about how we can help you.  West Law Firm is located in Charleston, West Virginia, and we serve clients throughout the state.