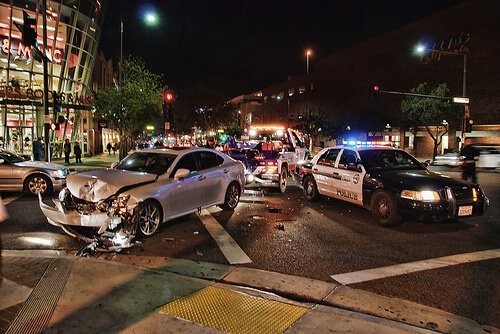 The crash occurred on November 4, 2013, just before 6 p.m., about two miles east of the Merritt Creek exit on Route 60.  “Barboursville Police say those still in the hospital are in stable condition, but some of them have serious injuries,” reported WSAZ3.

Accident reports stated a Ford Mustang heading east, and a Pontiac traveling west, collided head-on. The investigators have not said which driver was at fault.  Four people were in the Mustang, and there were three people in the Pontiac, including a young child.

Head-on collisions usually occur when one of the drivers crosses a centerline or a median and hits an oncoming vehicle. There are also cases in which a driver knowingly or unknowingly travels the wrong way in a traffic lane.  Head-on crashes are of particular concern to West Virginians because most of them occur on rural roads.

Wrong way crashes are often caused by driving under the influence of alcohol and or drugs. In October, 2013 a man was arrested by state police in Kanawha County. According to reports, he drove the wrong way on Interstate 79. He was involved in two crashes and had a blood alcohol level more than three times the legal limit, court documents stated.

Head-on crashes can also be caused by reckless driving such as a risky passing maneuver on a two-lane road.

The American Association of State Highway and Transportation Officials (AASHTO), a transportation nonprofit, studied head-on crashes in a report.

Of 7,430 vehicles involved in head-on crashes on two-lane, undivided roads in 1999 only 4.2 percent involved a vehicle “passing or overtaking another vehicle, the report added.

How to protect against Head-on crashes

As mentioned above, a large proportion of head-on collisions occur on rural roads.  Rural roads in West Virginia are full of blind curves, dips, and various obstacles. When coming up to a blind curve or dip in your rental car, especially at night, you need to slow down and stay as far to the right as you can. Doing so helps you avoid potential collisions with other cars, and gives you enough time to stop if an unseen animal is crossing the road. Another thing to watch out for on rural roads, especially if you see a large cloud of dust, is farm equipment.

If you’re driving your car or truck down a rural road and are unable to stop when coming up on an animal in the road, remember not to swerve and stay in your lane if possible. Swerving  makes it harder to keep control of the vehicle. As a West Virginia personal injury lawyer, I have seen a number of automobile accidents that were caused by a driver swerving to miss an animal.  We love animals, too, but swerving can result in serious injury and death to the driver and passengers.

If you come upon a deer or another similar animal that’s standing on the side of the road, slow down and give it plenty of space. These types of animals can be very unpredictable, so it doesn’t hurt to play it safe in a case like this.

If you have been injured in a head-on collision, a wrong way accident or any other kind of automobile crash, it is important to speak with an experienced Charleston, WV automobile accident attorney to protect your rights and determine your options.  Insurance adjusters will contact you immediately, and they usually have one primary goal–to pay those injured by negligence as little as possible for their injuries and lost wages.  At West Law Firm, we offer free consultations.  Our toll free number is 1-877-943-9378, and we are located in Charleston, West Virginia.