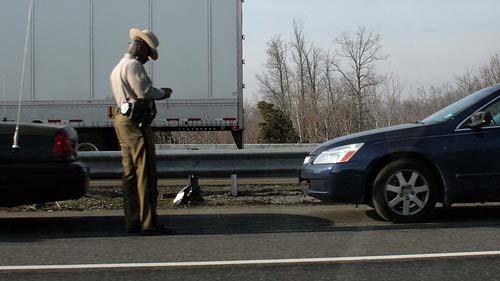 That has now changed.  As of July 1st, West Virginia passed a law making driving while using a hand held device a primary offense. That means a police officer can stop you if he or she suspects you have been using a hand held device, rather than requiring another reason such as a driving infraction or a defective light, the Charleston Daily Mail reported.

The increased sophistication and availability of mobile communications devices is a major factor in the distracted driving epidemic.

“A simple change in behavior by investing in a hands free device such as a Bluetooth or a Jabra ear piece will allow motorists to keep both hands on the wheel, thereby enhancing highway safety not only for themselves but for other motorists as well,” said Col. Jay Smithers of West Virginia State Police, in the article.

As a Charleston, West Virginia personal injury lawyer, I see first hand the devastation, injury and death caused by distracted driving.  Many of our clients have been injured as a result of others driving while distracted.

The NHTSA counted 3,331 people killed and a further 387,000 injured in crashes involving a distracted driver in 2011.

West Virginia’s laws follow a 2012 report by the National Transportation Safety Board, which investigated the dangers of distracted driving and concluded all cellphone use behind the wheel is unacceptably dangerous. The board urged states to bring in bans.

The report by the five-member National Transportation Safety Board followed a number of harrowing crashes including one in which a teenager sent or received 11 text messages in the same number of minutes before an accident. The recommendation went beyond the laws of West Virginia and other states, and would even apply to hands free devices, the Wall Street Journal reported.

“States aren’t ready to support a total ban yet, but this may start the discussion,” Jonathan Adkins, a spokesman for the Governors Highway Safety Association, told the Wall Street Journal.

If you are caught texting or using a hands-on cellphone in West Virginia you will face a $100 fine for a first offense. But the price could be much higher for drivers using hand held devices that cause an automobile accident.  Not only are such drivers putting their and others lives at risk, they are also endangering their savings, home and assets that may be taken if they are found civilly liable for causing the injury or death of another.

If you or a loved has been injured in an automobile accident and would like a free consultation with a West Virginia car accident attorney with a proven track record, please call West Law Firm toll free at 1-877-943-9378.