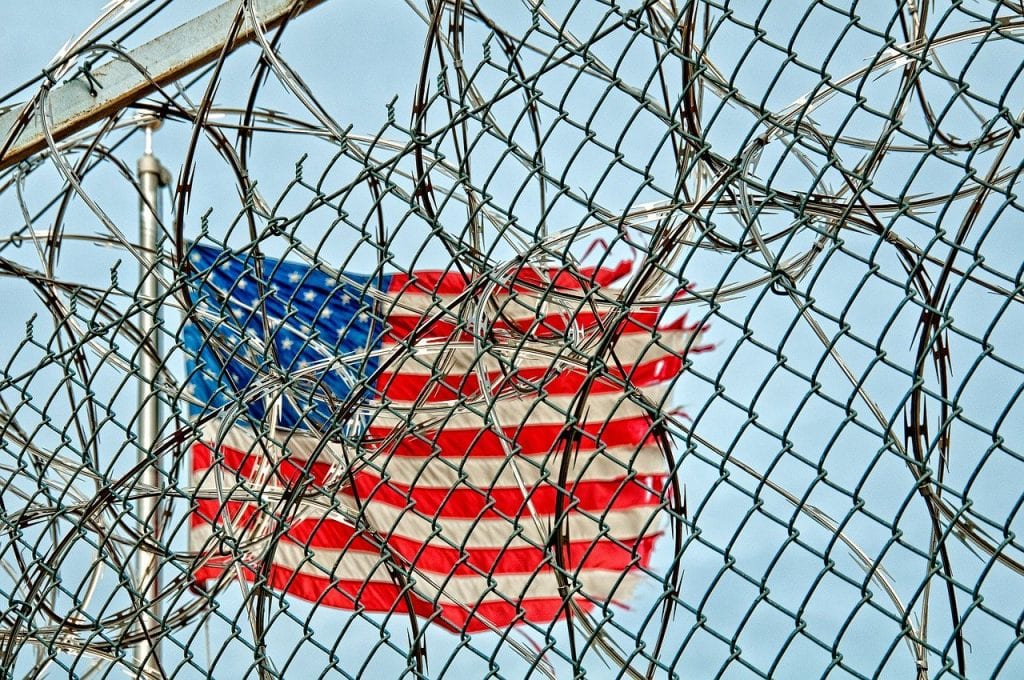 Each year, thousands of people are injured or die in West Virginia and United States prisons. In fact, according to the most recent data from the Bureau of Justice Statistics, 4,117 state and federal prisoners died in 2016, and in 2002, 83,000 inmates were injured in publicly or privately operated prisons. 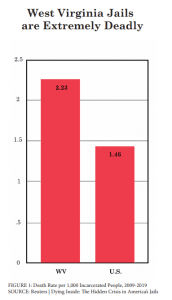 The Bureau of Justice Statistics (BJS) is the federal agency within the United States that is responsible for tracking and reporting injuries and deaths that occur within prisons and jails. Some startling facts the BJS has identified, include the following:

Between 2008 and 2019, 115 people died in West Virginia’s regional jails, according to a recent report by the West Virginia chapter of the American Civil Liberties Union. Furthermore, at least 66% of those people were awaiting trial. Of these deaths 37% were illnesses, 30% were suicides, 16 %  were overdoses, 5% were homicides, and accidents were 1%. 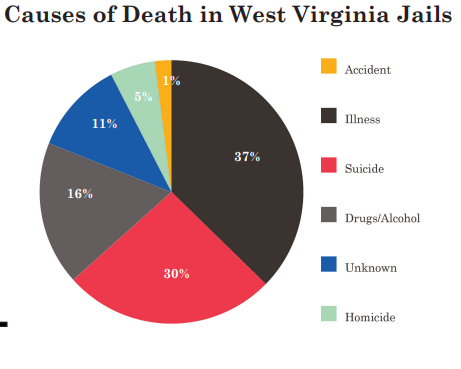 Although many inmate deaths and injuries include things such as illnesses, natural causes, suicides, and overdoses, negligence by prison faculty and staff are also frequently involved. Examples of how negligence in prisons and jails can cause or contribute to the deaths or personal injuries of people incarcerated include:

Below are just a few examples of past cases where inmates died as a result of prison staff or law enforcement negligence. There are many cases involving prison negligence; however, many of them are settled, and a confidentiality agreement is often required before prison or jail authorities will settle the inmate’s personal injury claim.

Who is Responsible for the Rise in Jail and Prison Deaths and Injuries?

There are usually multiple factors involved when someone is injured or killed in a West Virginia prison or jail. For example, overcrowding is a major factor, as well as the high rate of opioid addiction. That said, negligence of a prison or one of its faculty or staff members is also often involved.

If negligence is involved in the death or injury of a person incarcerated, one or more of the following parties may be liable:

Compensation You May Receive for Your Personal Injury Case

If you or a loved one was wrongfully injured or your loved one died due to a negligent jail or prison, you may be able to file a claim against one of the previously mentioned parties for compensation. There are specific laws and regulations that surround inmate injury and death cases, but some of the most common types of compensation for these cases include:

If you or a loved one has suffered injuries or has died due to the negligence of another, we invite you to contact us for a free consultation today. West Law Firm’s mission is to provide each client with outstanding financial results, excellent service, and caring representation. We offer free consultations and there’s never a fee unless and until we recover compensation for you. Call us today on our toll-free number, 1 (877) 943-9378.

West Law Firm is located in Charleston, West Virginia, but we represent clients across the country. If it’s more convenient for you, we will send one of our experienced personal injury lawyers to you.