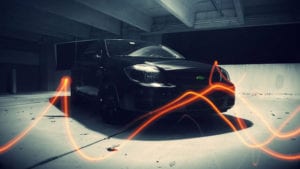 CHARLESTON, W.Va. – Family, friends, and the Kanawha County sheriff’s department are asking for help in identifying a car involved in a fatal hit and run accident.

At about 11:20 p.m., January 27, a car hit and killed Dennis Glen James of Elkview.  James was crossing U.S. 119 at the Blue Creek Post Office when he was struck and killed by the car that then fled the scene, according to Lt. Sean Crosier of the Kanawha County Sheriff’s Department.

Deputies believe the car that hit James was either a 2005-2010 Chevrolet Cobalt or a 2007-2010 Pontiac G5. The two vehicles have identical body styles but were sold under different names.  The car may have been black.

Local residents and business owners are being asked to keep a look out for anyone who has recently bought driver’s side parts — including headlights, fenders or bumpers — or anyone who may have recently sold a Cobalt or G5.

Anyone with information about the incident is asked to call Detective David Duff at 304-357-0169. Crosier said callers may remain anonymous.